How can a non-resident open a bank account in Georgia? 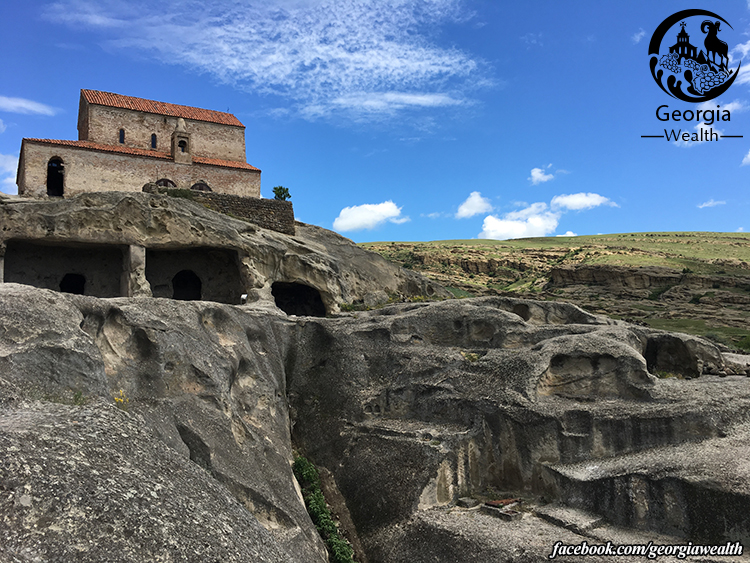 Popularity of Georgia as a country for keeping money had greatly increased for the last 2 years because banks of Baltic countries had tightened the policy on non-residents. Georgian banks had arouse particular interest in citizens of neighbor countries and CIS who earlier had personal accounts in banks of Latvia, Lithuania and Estonia. Due to a relatively small distance, presence of stable and developed bank system, loyal taxation system, low bank commissions, and Russian-speaking personnel, the demand for services of Georgian banks had significantly increased. Another benefit of service from local banks is a high level of confidentially of financial information, because Georgia does not belong to the list of countries-participants of automatic exchange of financial data on accounts opened in foreign banks. The bank system of Georgia

As of early 2019, 15 commercial banks, including 14 banks with foreign capital, operate in the territory of Georgia. The total number of branches and bank service centers is 929.

The peculiarity of the Georgian bank system is total absence of the state in the capital of financial institutions, in other words, there are no banks completely or partially owned by the state.

The control over the bank system of country is provided by the National Bank of Georgia. It regulates the activity of financial institutions, approved legislative acts, and provides stability of the national currency.

The bank sector of Georgia is very attractive from the investor point of view. Commercial banks are working consistently and profitably. In that way, for 2018 Georgian banks earned 914,7 mln. lari (approx. 365 mln. US dollars), therefore increasing their results of 2017 for 5,1%. For the first two months of 2019, the net profit of banks made 123,5 mln. lari. By this very reason the financial sphere is leading among all spheres on the amount of attracted investments – 277,9 mln. US dollars for 2018.

A high level of trust in Georgian banks is proved by significant amounts of money on cooperating accounts and deposits. Just so, for 2018 balances in the national currency had increased for 30,4% and achieved 31,9 bln. lari.

As of 01.02.2019, cash balance in the national currency on deposits and operating accounts of natural persons made 3,02 bln. lari. Client preferences regarding money disposal divide as follows:

Among fixed-term deposits in the national currency, clients are most interested in deposits with term 6 to 12 months – 45,07%, the second place belongs to deposits over 1 year (33,36%).

Considering the above, it can be concluded that people trust in the bank system and are not afraid to dispose money for a long term.

The growing attractiveness of Georgian banks in non-residents is verified by the fact that their remaining balance on accounts in the national currency for 2018 increased for 35,25% and made 239,4 mln. lari. Nevertheless, the situation with foreign currency deposits of non-residents is different; their balance in 2018 had lost 18% and made 1,5 bln. lari.

At the same time, balances on foreign currency deposits of non-residents in January of 2019 increased for 88%. In the first month of the new year, non-residents had accommodated on accounts in Georgian banks 219,8 mln. lari.

Leaders of the bank system of Georgia

15 banks are currently operating in the territory of Georgia:

The first two banks, TBC Bank and Bank of Georgia, are unbeatable leaders. Amounts of their assets exceed 60% of assets of the total bank system of Georgia.

TBC Bank is the leader of the bank system of Georgia. Amount of its assets at the end of 2018 made 15,1 bln. lari, approximately 2,2 mln. people served by 159 bank branches are clients of this financial institution. The net profit of TBC Bank for 2018 made 361,5 mln. lari, which is 39% of the aggregate profit of all Georgian banks.

Services of Georgian banks for non-residents

In Georgian banks, non-residents can obtain the following services:

In banks of Georgia, there is a regular practice that together with the service agreement the client obtains the payment card and the password for accessing account via Internet banking. Therefore, a non-resident may control operations on the accounts and may withdraw cash at any ATM worldwide. To perform cash operations remotely, without visiting a bank branch, a user will need a special device for password generation – token, but this is not a free service.

Deposits in Georgian banks can be fixed-term or demand. The difference between them is that the first do not allow early termination of contracts and cash withdrawal, while the second provide such an option. usually, deposits are used for saving money and obtaining extra passive income.

Operating accounts of non-residents are usually used to transfer assets and to pay for goods or services.

As a rule, accounts in Georgian banks are opened in lari, US dollars and euro. There also financial institutions that work with rubles, Swiss francs, Japanese yen, and Chinese yuan.

Process of opening an account in a Georgian bank

Opening a personal account in Georgian banks is made much simpler than in European banks, in comparison to a similar procedure. Here opening an account only requires an international passport or other document verifying identity. At the bank itself, a client is asked to complete a questionnaire, where he/she should state: contact details, address of registration and place of residence, details of accounts in other banks, and assets.

Among Georgian banks, the following specialize in services for non-residents: TBC Bank, Bank of Georgia, Silk Road Bank and TeraBank. These banks have specially qualified personnel, as well as bank services designed for non-residents. Besides, in Bank of Georgia a personal account can be opened remotely without visiting the branch. In other financial institutions personal accounts can also be opened, but it will be more complicated.

The procedure of execution of service agreement for an account takes just half an hour. Immediately after opening an account, a client can use it, e.g. can top it up with a certain amount. Details of the account are provided in the agreement itself. It should be noted that Georgian banks use the international format for accounts IBAN, which comprises 22 symbols and starts with “GE”.

Benefits of having a personal account in Georgian bank

A personal account in a Georgian bank is beneficial for a non-resident as a financial instrument, due to the following reasons:

A personal account in a Georgian bank is a nice alternative of a bank account in Baltic countries, where recently non-residents face problems while opening accounts and obtaining services. Therefore, if you are interested in opening a personal account in a bank in Georgia, please contact us at: info@offshore-pro.info. We will advise on any questions related to services of local banks; also, we can help with opening an account considering your requirements.