Georgia real estate market: how near is the recovery? 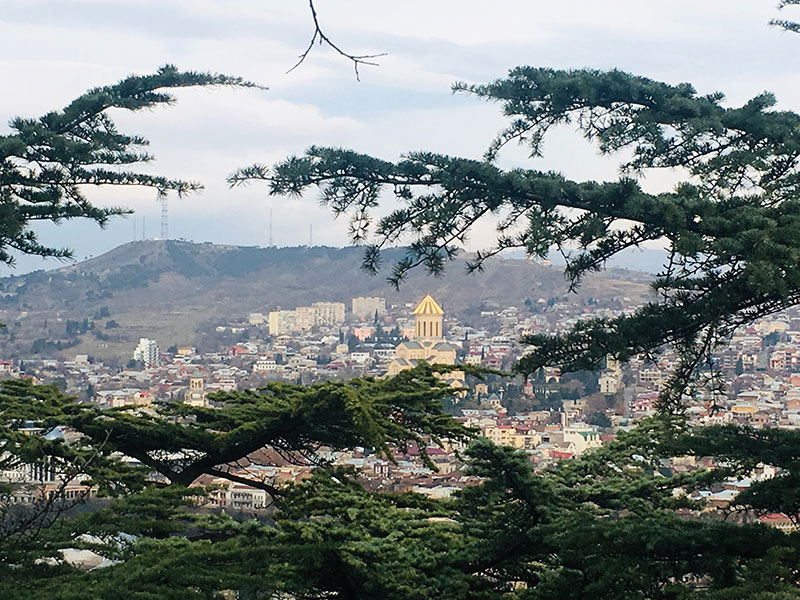 Real Estate Company SS.ge issued a new report on the situation in the housing market in Tbilisi for the 1st half of May 2020. And the report is quite optimistic. Recall that in early May, authorities began to ease quarantine restrictions and the market immediately responded to these actions.

Demand for rental property in the capital of Georgia has also showed significant signs of recovery: while in the first half of April 3,772 new orders for rent were registered, already in the first half of May the number of these orders rose to 6,508. During the period of May 3-16, demand grew by 63%, and supply closely followed by an increase of 73%.

Positive dynamics were also observed in terms of the supply and demand for daily rental housing in Tbilisi; they grew by 35% and 4%, respectively. And this already indicates the emergence of interest in rental of residential real estate and shows signs of revitalizing for the market. Let’s also look at the key tendencies on the real estate market of the capital of Georgia at the beginning of quarantine.

Tbilisi real estate market: statistics for the 1st quarter of 2020

According to the report of the Galt & Taggart analytical company , demand for housing in the capital of Georgia in the first quarter of 2020 grew during January-February and the first half of March. And then it began to decline sharply due to the introduction of the state of emergency associated with the coronavirus pandemic.

It should also be noted that despite the crisis, the cost of the real estate did not fall, and even vice versa – housing prices in the Georgian capital rose in March – by 1% in USD and by 4% in lari, compared to February.

Among the buyers of housing in Tbilisi in March 2020, as previously, the Saburtalo district (580 properties) was in the greatest demand. Recall that this is the largest sleeping area of ​​the capital of Georgia. However, interest among suburban areas has also significantly increased among buyers: Gldani (404 objects), Didi Digomi (341 objects) and Samgori (282 objects). Namely, these 3 districts of the capital of Tbilisi account for almost 50% of all transactions.

The least purchases were recorded in Mtatsminda – only 49 objects, which is associated with the high cost of housing. This is the second most expensive district in Tbilisi (1,040 USD per 1 sq.m. ). Vake continues to be the most expensive (1 102 USD per 1 sq.m. ), but it is also the most prestigious, therefore it is popular – in March, 186 objects were bought here.

Regarding the sales structure in the 1st quarter of 2020, the interests of buyers have not changed – new buildings with an area of ​​51-80 m 2 are in the highest demand in Tbilisi.  51% of buyers demonstrated preference specifically for these types of properties.

It should be noted that the positive dynamics in the real estate market of Georgia in early May 2020, coincided with the abolition of a number of restrictions. Given this and the high likelihood of further alleviation of restrictions, including the opening of the country’s borders for tourists (from July 1), we can count on the return of interest of Georgian and foreign investors in real estate, as well as the growth of its attractiveness.

If you are interested in real estate investment in Georgia, write to us on the email info@offshore-pro.info.We will get back to you as soon as possible.

Can a foreigner buy a house in Tbilisi?

Yes, foreigners can easily buy real estate in the capital of Georgia. To conclude a transaction, you must have a foreign passport. You can also execute a real estate purchase transaction remotely using a notarized power of attorney.

Is it possible to buy real estate in Tbilisi by a non-resident by mortgage lending or by paying installments?

It will be possible to buy real estate by mortgage lending or by installments across all territory of Georgia, and not just in Tbilisi. However, these financing instruments  are available when buying in new buildings offered by the primary market. Typically, the installment plan is offered by the developer depending on the period until the house is commissioned. Regarding the mortgage, a foreigner can only get it at TBC Bank, and the loan term will depend on the new building.

Where is the Saburtalo district in Tbilisi located?

Saburtalo is a centrally located sleeping area on the left bank of the Kura River. It borders in the south with the Vera and Vake districts, and in the east across the river with Didube district. In the west, it almost reaches the suburban village of Tskhneti.